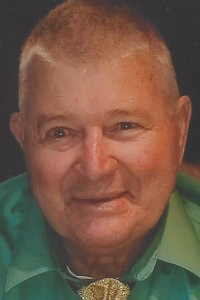 Stephen W. Samuelson, age 73, of Taunton, formerly of Hanson, passed away peacefully, surrounded by his loving family on Monday, June 13, 2022 at Rhode Island Hospital in Providence. He was the beloved companion of the late Constance G. Johnson, who recently died on May 11, 2022.

Steve grew up in Scituate and was a 1965 graduate of Scituate High School. During the Vietnam War, he proudly served his country for four years in the United States Air Force and was honorably discharged on October 10, 1966 with the rank of Sergeant.

Prior to retiring, Mr. Samuelson had worked as an Electronic Technician. He had made his home in Taunton for the past three years and was a former longtime resident of Hanson, where he raised his daughters with his late former wife Elaine.

Steve’s favorite times by far were those spent in the presence of his adoring family. He was an avid New England sports fanatic, enjoyed playing golf, fishing, gardening, traveling and trips to area casinos.

A prayer service, along with military honors will be rendered by the United States Air Force at the conclusion of visitation at 5:30 P.M. at the Norton Memorial Funeral Home. Burial will be private.

In lieu of flowers, Stephen’s family has requested that donations in his memory be made to the Joslin Diabetes Center, 1 Boston Place, Boston, MA 02215