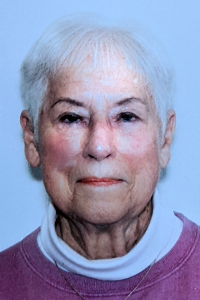 Anna “Ann” (Duki) Sherry, 96, of Medway, died peacefully on Thursday, June 9, 2022 at Milford Regional Medical Center. She was the beloved wife of Joseph N. Sherry who died in 1994.

Born in Central Falls, Rhode Island on February 7, 1926, she was the daughter of the late Wasil and Zofia (Anacka) Duki.

Ann was a resident of Medway for the past 15 years and formerly resided in Seekonk for many years. She grew up in Central Falls and graduated from Central Falls High School in 1944 and the Rhode Island Hospital School of Nursing in 1947.

A homemaker for most of her life, Ann had worked as a Registered Nurse in Pediatric Surgery at Rhode Island Hospital for 15 years prior to her marriage, and later as a music teacher at Knotty Pine Nursery School, Seekonk.

Ann was a longtime member of Pawtucket Country Club where she spent many days at the pool with her sons. She also enjoyed time at the beach at Sand Hill Cove. Later in life she enjoyed solving crossword puzzles.

She is survived by two sons, Joseph Sherry, Jr. and his wife Patricia of Yardley, PA and Michael Sherry and his wife Ann of Medway.

She is also survived by four grandchildren, Nicholas, Joseph, Ellen and Jack Sherry.

Ann was the brother of the late John Duki.

Relatives and friends are invited to attend a calling hour on Saturday morning, June 18 from 9 - 10 a.m. in the Ginley Crowley Funeral Home, 3 Barber St. in Medway (www.ginleyfuneralhomes.com) followed by a funeral Mass at St. Joseph Church, 151 Village St. in Medway at 10:30 a.m.

In lieu of flowers, expressions of sympathy may be made in Ann’s memory to Baypath Humane Society, 500 Legacy Farms North, Hopkinton, MA 01748 (www.baypathhumane.org), which rescued many of her beloved granddogs.