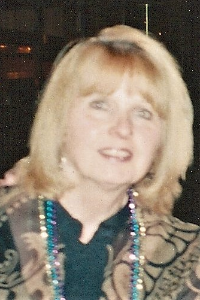 ANDOVER – Shirley Anne (Brooks) Kenney, 70, of Andover, died Monday, June 6th, 2022, at the Lawrence General Hospital. She was surrounded by her loving family until her peaceful passing to fly with the angels.

Born in Methuen on January 31, 1952, she was the daughter of the late Frederick and Beatrice (Martineau) Brooks. Shirley attended St. Patrick’s Grammar School and Lawrence High School. Shirley was predeceased by her brother Dennis Brooks and twin sister Claire Brooks. She was employed as a cook by the Andover School System and most recently by Smolak Farm in North Andover. She was a member of St. Patrick’s Parish in Lawrence.

Shirley was married for fifty years to the love of her life, Richard L. Kenney. She is survived by her daughter Christine Greenan and her husband TJ, grandchildren Tyler and Jeffrey of Bradford, her son James Kenney and his wife Leighana, grandchildren Daisy, Brandon and Fiona of Pelham, NH. Shirley is also survived by her brother Paul and his wife Susan Brooks of Salem, NH. Also raised by Shirley and Rich were nieces Karen Kenney of Loudon, NH and Kimberly Kenney Flynn of Derry, NH. She is also survived by many other nieces and nephews.

At the request of the family, services will be private. Arrangements have been entrusted to the Burke-Magliozzi Funeral Home of Andover. For additional information, please visit, www.burkemagliozzi.com.