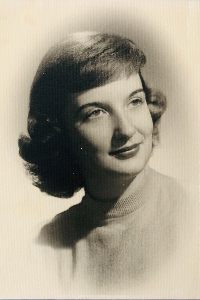 Carol Susan Agee Hawks
of Ojai, California
May 11, 1936 – June 6, 2022, age 86
Carol Susan “Sue” Hawks was born on May 11, 1936, in Greybull, Wyoming, the daughter of James Wesley Agee and Florace Isma Stephens. She was raised an only child after her younger brother, James Tarrant Agee, died shortly after his birth.
Sue was raised in Billings, Montana, where at the age of 14 she received the gospel of Jesus Christ from the full-time missionaries of the Church of Jesus Christ of Latter-day Saints. She and her mother were baptized on December 10, 1950, which changed the trajectory of her life forever.
After graduating from Billings High School in 1954, Sue worked for New York Life Insurance company. She then received a fortuitous job transfer to Salt Lake City where she, a city girl, met Glenn Carl Hawks, a farm boy from Fruita (CO). They were married and sealed for time and eternity in the Salt Lake Temple on June 8th, 1961. Sue loved her “Hubban”, and she became affectionately known to him as “Tusie”. The two left Utah and moved to Southern California, where Glenn served in the Navy, they began a family, and they had four children. The family moved to Ojai in August 1970.
Sue was actively involved in the lives of her children, as well as in spending time serving in the community and in church organizations. Sue especially enjoyed serving as a worker in the Los Angeles Temple with her husband, which they did together for more than 13 years. She freely shared, and was sought after for, her unique and impressive artistic talents and vision in creating magical settings for activities and celebrations that were truly unforgettable. She could do anything, from flower arranging and painting, to decorating. Anyone involved in these events felt special as a result of her extraordinary and detailed efforts. Perhaps her greatest gift, was her ability to reach out and touch the lives of those who felt unloved or unneeded, or whom others may have felt were untouchable. She saw intrinsic value in every person she met, and those individuals knew that she saw them and had love for them. Her beautiful spirit and influence will be felt for generations to come.
Sue left us quickly when her heart gave out, incident to age, on the morning of Monday, June 6th, just two days before she and her beloved husband would have celebrated their 61st wedding anniversary.
Sue is survived by her husband Glenn, and her children: Jim (Darla) Hawks [grandchildren Brenton (Mallea), Bryce (Dilsye), Brady, and Bryant]; Gail (Craig) Peterson [grandchildren Jessica (Anthony) Solis, Anna, Tremaine (Charity), and Samuel]; Richard (Natalie) Hawks [grandchildren Daxton (Tatiana), Tory (Kyle) Buhler, Brandt (Bre), Darcie (Mako) Bennett, and Adrienne]; and Karen (David) Hancock [grandchildren Jacynda, Katelyn (Dan), Sarah, Shannon, Lexi, Mitchell, Charles and Lorna; and 11 great-grandchildren. Sue was preceded in death by her parents and brother.
Funeral Services will be held at the Church of Jesus Christ of Latter-day Saints, located at 411 San Antonio Street, Ojai, CA on Saturday, June 11th @ 2:00 pm. All are welcome to greet the family between 1:00-2:00 pm, before the services begin.

A weblink for viewing the funeral will be made available at the Reardon Mortuary website https://www.reardonfuneral.com/.

A graveside service will be held at the Fillmore City Cemetery, on Friday, June 17th, 2022, at 10:00 am, located at 75 West Center Street, Fillmore Utah, 84631.
Funeral arrangements in Ojai are under the direction of Joseph P. Reardon Funeral Home & Cremation Services, 757 E Main Street, Ventura, CA.
The family wishes to thank all those who have thoughtfully and sincerely expressed their love, concern, and memories.

Link to the funeral recording - https://drive.google.com/drive/folders/1pgygNBiCygc7mB25b4YeDfNQ98sD48x-