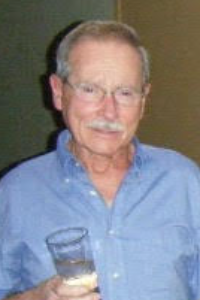 John W. Rudolph, 81, of Merrimack, passed away peacefully on May 27, 2022 at Portsmouth Regional Hospital, after a sudden illness.
Born in Medford, MA on July 10, 1940, he was one of 10 children born of Everett and Ruth Rudolph.
Following his graduation from Medford High School, John joined the United States Army and was honorably discharged after fulfilling his enlistment. His life-long love for tinkering with cars led him to a career in the automotive repair industry working at Betley Chevrolet for several years. He eventually “switched gears” and spent the majority of his career working as a diesel fleet mechanic for Wonder Bread, retiring in 2002. He was a proud member of the Teamsters Local Union 633.
Always quiet and unassuming, John was truly in his element any time he was near the ocean. He treasured the solitude of the sea. For many years following his retirement until his health began to decline, he kept a small sailboat at Great Bay, NH. He also loved trips to the beach with his wife Louise -- when he wasn’t helping her water and maintain the beautiful flower gardens at their home. He also enjoyed many vacations with Louise at their timeshare in Aruba every March.
John leaves his wife, Louise Rudolph, daughter Lisa Kress and her husband John Wolkowski of Bedford, NH, brothers-in-law Robert Nolin and Keith Nelson, as well as several surviving siblings. He also leaves behind his beloved Cavalier King Charles Spaniel, Katie, who provided enormous comfort by his bedside during his final days in the hospital.
SERVICES: His immediate family will honor John’s wishes by gathering for a private burial at sea on a beautiful day, later this summer.
Memorial donations may be made to The McDonough Scholarship Foundation, 61 North St., Manchester NH 03104.
J.N. Boufford & Sons Funeral Home is in charge of arrangements.
For more information and online guestbook please visit www.bouffordfuneralhome.com.