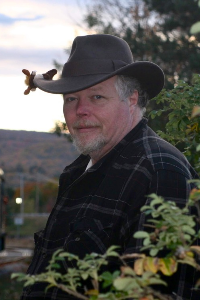 Kenneth A. Doyle, 71, passed away unexpectedly on Wednesday, May 25, 2022, at Winchester Hospital. He was the beloved husband of Sharon (Gagnon) Doyle with whom he had celebrated 45 years of marriage.

He was "Made in Detroit", born on May 14, 1951, a son of the late Thomas E. Doyle and the late Elaine (Jackson) Doyle. A son of a Naval Officer, he was raised and educated all over the world, Trinidad, England, Maine and eventually, Tewksbury, where he settled for the majority of his life.

Proud of his country and his fathers many years of military service, he tried to enlist many times and was later drafted, but was rejected due to the polio he had as a child. Instead, he worked for nearly 20 years at RCA as a test technician working on the guidance systems for the Apache helicopter. Later, he worked as a Master Driver and truck driver trainer for C.R. England, Inc. for 24 years until his retirement in 2016. His CB handle was “Condor”. He loved being a truck driver and enjoyed meeting new people and telling grand stories of his travels.

He is survived by his wife and two children; daughter, Wendy M. Doyle of Norfolk, MA and Son, Eric N. Doyle and wife Lauren Doyle of Derry, NH; brother Robert Doyle of Greenfield, MA; sister, Susan Cady-Banchero of Sacramento, CA; and many beloved nieces and nephews.