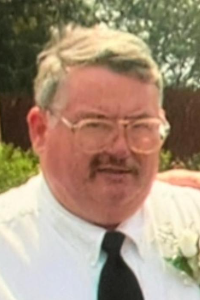 LIMINGTON- Lester Richard Harmon, age 64, passed away peacefully at home on May 26th, 2022. He was born in Portland Maine on July 28th, 1957, the eldest son of Richard Harmon and his wife Beverly LeGrow Harmon.

He is a graduate of Portland High School, class of 1975, where he enjoyed football and played on the varsity team. He later became a family man and worked diligently to support his family. He was a long time member of the Loyal Order of the Moose as well as the local Elks Lodge. He held jobs at Lincoln Canoe, as a security guard and finished his working career at Pike Industries.

Lester’s passion in life was his love for the New York Yankees. Though his entire family were Red Sox fans he was able to share his love of the Yankees with his grandson Ashton. There will forever be at least one Yankee lover in the family. Lester also loved watching the Dallas Cowboys. Win or lose that was his favorite football team, especially when they played his most dreaded Patriots. Lester also enjoyed watching his granddaughter Hailey in her toddler years while her parents were at work. Nothing in the world made him happier than spending time with his grandchildren. In his younger years Lester also enjoyed the outdoors, hunting and fishing with family and friends. He enjoyed spending time at the horse track where his brother George owned a racehorse.

Lester was predeceased by his father Richard Harmon, his baby sister Jean Bryant of Oklahoma and his two brothers George and Steven Harmon both of Southern Maine.

Lester is survived by his loving son Lester R. L. Harmon and his wife Krysi of Limington Maine and their two children, his grandchildren, Hailey and Ashton Harmon, who were the light of his life. He is also survived by his mother Beverly LeGrow Harmon of Cumberland, Maine, two sisters, Diane Andrews and Patty Desbiens and their families as well as many nieces, nephews, aunts, uncles, cousins and friends. He is also survived by two step children and several step grandchildren whom he loved dearly.

Private family burial will be at Farris Cemetery in Cumberland Maine.

A celebration of life is scheduled for Saturday August 6th, 2022, at Kiwanis Beach. If you would like to attend, please reach out to Krysi at 207-289-7037 to confirm. Bring your swimsuit and all your favorite memories to share in a memory box for his grandchildren to have and enjoy over the coming years.