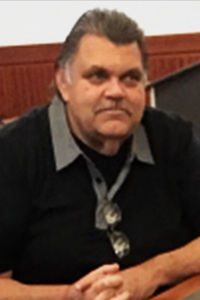 Barre – Paul Bourgeois, 65 of Barre and formerly of Worcester, passed away on Sunday, May 22, 2022 in UMass Memorial Medical Center – Memorial Campus.

Paul is survived by his wife of 36 years, Laurie (Boudreau) Bourgeois; his seven children that he loved dearly, Michael Bourgeois, Ryan Bourgeois, Kristin Bourgeois, Cassandra Bourgeois, Matthew Paul Bourgeois, Nevaeh Bourgeois and Christopher Bourgeois all of Barre and many nephews and nieces.

Paul was born in Worcester, son of the late Paul and Irene (Halley) Bourgeois and is also predeceased by a sister, Jean Marie Duguay.

Mr. Bourgeois was a skilled carpenter, and he owned and operated Bourgeois Remodeling where he made many friends along the way. Paul also worked as a young man at the former Holy Name of Jesus Church in Worcester where he helped maintain the church, rectory, school and convent properties.

Paul had a knack for throwing the “BS” and could often be found having a long conversation with his friends, or in the middle of a snowstorm with another snow plow driver but he truly was the happiest when he was spending time with his children.

Funeral services are being held privately in Notre Dame Cemetery, Worcester. The family requests that memorial contributions in memory of Paul may be made to Make A Wish 133 Federal Street, Floor 2, Boston, MA 02110 as one last thank you for the generosity that Make A Wish has shown to Paul’s children in the past.