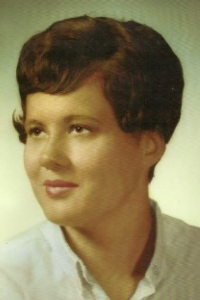 DAYTON- Dorothy (Viney) Littlefield, age 73, passed away on May 23, 2022, at St. Joseph’s Rehabilitation in Portland.
She was born to William and Phyllis Viney on Dec. 14, 1949.
She graduated from Portland High School and went on to work at The Fish Factory, Humpty Dumpty, Saco Defense and finally at SD Warren until she retired.
She is predeceased by her parents; two brothers- John and William Jr.; two sisters- Catherine and Judy; and a nephew.
Dorothy is survived by two daughters- Melissa Farley of Buxton; two sisters- Teresa Pennell of Harpswell and Elizabeth West of NH; four grandchildren- Devin and Abby of Buxton, Anthony of Augusta; and many nieces and nephews.
She enjoyed spending her time with her grandchildren and was a huge sports enthusiast. She was a fan of the Patriots, Red Sox and the Celtics. She will also be remembered as a huge Elvis fan.
A graveside service will be held at South Buxton (Tory Hill) Cemetery on Friday June 24 at 2 PM.
Online condolence messages can be submitted at the Chad E. Poitras Cremation and Funeral Service website, www.mainefuneral.com