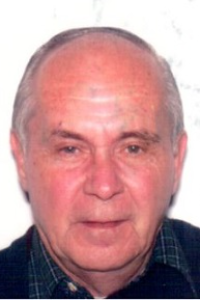 TEWKSBURY: Bruce David Russell, age 80, a resident of Tewksbury for 52 years, formerly of Dorchester, passed away at the Edith Nourse Rogers Memorial V.A. Hospital in Bedford on Monday, May 16, 2022.

He was the beloved husband of Janet M. (Giannino) Russell with whom he would have celebrated their 53rd wedding anniversary on October 4, 2022.

Born in Boston on April 22, 1942, he was the son of the late John S. Russell and the late Henrietta M. (Hunter) Russell.

Bruce was raised in the Dorchester area of Boston and graduated from Boston Trade High School in 1960.

Following graduation, he enlisted in the U.S. Army and served with the 30th Signal Company until his honorable discharge from active duty on June 26, 1963.

In 1970, he and his wife moved to Tewksbury, where they raised their family.

Prior to his retirement, Bruce worked as an electronics technician for the Bose Corporation in Westborough.

He enjoyed tinkering with electronic devices, operating model trains, collecting stamps and rare coins, and most of all spending time with his family.

In addition to his wife, he is survived by two sons, David B. Russell and his fiancé Stephanie Tremlett of Woburn and James S. Russell and his wife Maureen of Wilmington: six grandchildren, Robert Bolton, Hailey, Shayla, Gavin, Karenna and Jake Russell: one great grandchild, Matejo James: many nieces, nephews and extended family members.

Bruce was the brother of the late John "Jack" Russell, William “Bill” Russell and Lorraine Kennaley.