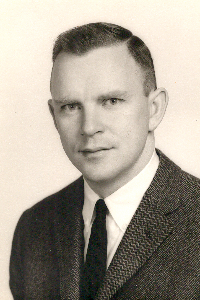 John was educated in Andover, Massachusetts, where the family moved when he was 6 years old. He graduated from St. Augustine Grammar School in Andover and Central Catholic High School in Lawrence. He served in the United States Navy for four years, where he attained the rank of First Class Petty Officer. He returned to Andover and graduated with a degree in Electrical Engineering from Merrimack College. John retired from the Raytheon Company after 35 years as Project Manager of the Patriot Missile System.

He enjoyed traveling with his wife and family, spending time in Florida and summering at Salisbury Beach. His hobbies were golfing, gardening and John was a great cook and woodworker, making furniture for the entire family. He was also a member of the Hibernians and the Lawrence Elks. John was a communicant of the Star of the Sea Church in Salisbury. One of his greatest joys was spending time with his children and grandchildren at Salisbury Beach. He loved attending his grandchildren’s many sporting and other activities they were all involved in.

His Funeral Mass will be celebrated in St. Augustine Church, 43 Essex Street, Andover on Wednesday, May 18, 2022, at 10:30 AM. Relatives and friends are most welcome to attend. Calling hours will be held in the Burke-Magliozzi Funeral Home, 390 North Main Street, Andover on Tuesday, May 17, 2022, from 4 to 7 PM. Interment will be held in St. Augustine Cemetery in Andover. For additional information, please visit, www.burkemagliozzi.com.