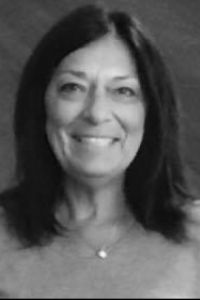 Marcia O. Wilson (Fama) of Canton passed away suddenly May 12th. Born and raised in Canton she graduated from Canton High School and Massasoit Community College and was a lifelong resident of the town. She worked as a Manicurist for many years at Splash Hair and Nail in Norwood and most recently at Salon Devoe in Norwood before retiring. She was a former member of the American Legion Post #24 Band and a former member of the Corvette Club of RI. Marcia was an avid fan and 35 year season Ticket holder of the Patriots and enjoyed camping and snowmobiling.
Beloved wife of James T. Mother of Robin M. Wilson of Mansfield and James P. Wilson of Franklin. Sister of Cindy Fama of Canton and the late Philip Fama. Grandmother of Kevin Fitzgerald of Mansfield. Funeral Mass at St. Oscar Romero Parish, Canton Thursday morning at 10:00 am. Visiting hours at the Dockray & Thomas Funeral Home 455 Washington St. Canton Thursday morning prior to the mass from 8:30 to 9:30 am. Burial Canton Corner Cemetery.