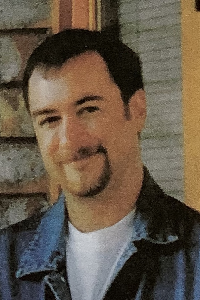 David A. Glorioso, 54, formerly of Natick, died unexpectedly at home in Mesa, AZ, April 8, 2022. He is survived by his father John Glorioso and his partner Janet Marks of Norfolk, CT, mother Greta Burness Glorioso of Kittery, ME, brother Jack Glorioso of Plymouth, sister Janet Glorioso Gallaher of N.Waterboro, ME, former wife Ronda Glorioso and their daughter Nicole of Chandler, AZ, daughter Amanda Love of Holliston, and many nieces, nephews, and cousins.

At a young age David realized his passion was music and became a talented, self taught rhythm guitarist. With lifelong Natick friends he formed his first Band, Deceiver. He and drummer John Cheezy Goodwin later cofounded WHAT, an award winning Band, cut a record and played many local clubs. Their final Band was CHOP SHOP, adding his best friend, Jack Krupski on Bass. The Band played along the NorthEast, Headlining the legendary Rathskeller and CBGB'S.

David was a sensitive, caring person and will be greatly missed by all who knew and loved him.

A Celebration of Life Service will be held in the George F. Doherty & Sons Funeral Home, 477 Washington St., (Rt.16) Wellesley on Friday, May 20 at 11:00am. Relatives and friends kindly invited. Interment in St. Mary’s Cemetery, Needham.