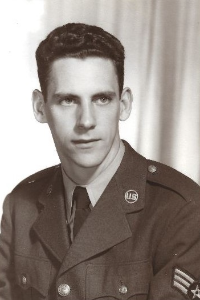 TEWKSBURY: John “Leo” Hourihan. Jr., age 92, a resident of Tewksbury for 67 years, passed away at the Life Care Center of the Merrimack Valley in Billerica on Wednesday, May 4, 2022.

He was the beloved husband of Sally J. (Anderson) Hourihan, who passed away March 26, 2018.

Born in Cambridge on June 17, 1929, he was the son of the late John L. Hourihan and the late Margaret V. (Riley) Hourihan.

John was raised in Somerville and attended Somerville schools. During his early high school years, his family moved to Wilmington and John graduated from Wilmington High School.

John, “Leo” as he was known to many, worked at the former Tattersall’s Store (adjacent to Silver Lake in Wilmington) and worked as a materials control manager for the Panametrics Corporation in Waltham until his retirement.

John was the brother of the late Margaret V. Gorman and her late husband John.

Calling hours are Thursday, May 12 from 4-7 p.m. at the Farmer & Dee Funeral Home, 16 Lee St., Tewksbury. A Service will be held Friday, May 13, at 10:30 a.m. at the funeral home. Interment to follow at Tewksbury Cemetery. In lieu of flowers, donations in his memory may be made to the Edith Nourse Rogers Memorial Veterans Hospital (Bedford VA), 200 Springs Road, 135 Voluntary Service, Bedford, MA 01730.