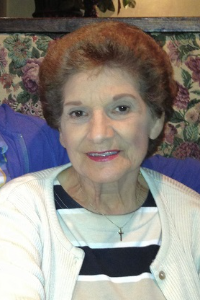 TEWKSBURY: Dorothy (Boncore) Blankenship, age 93, a resident of Tewksbury for 48 years, passed away at the Lowell General Hospital on Thursday, April 28, 2022.

She was the beloved wife of the late Walter Blankenship.

Born in East Boston on December 23, 1928, she was the daughter of the late Charles Boncore and the late Louise (Rizzo) Boncore.

Prior to raising her family, Dorothy performed as a dancer in numerous shows and theatres.

In 1974, she moved from Somerville to Tewksbury.

Dorothy was an active member of the Tewksbury Golden Age Club and Senior Drop-In-Center.

There are No Calling hours. A service will be held Thursday, May 5, at 11:30 a.m. at the Farmer & Dee Funeral Home, 16 Lee St., Tewksbury. Interment to follow at Tewksbury Cemetery. In lieu of flowers, donations to the Alzheimer’s Association at www.alz.org are suggested.