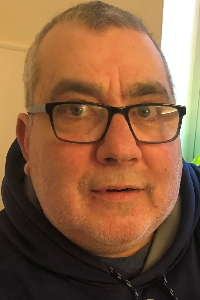 Richard A. Luongo, Jr., age 62, of Medford passed away on Thursday, April 28th at Massachusetts General Hospital of Boston. Born in Brighton, he was the son of the late Richard A. Luongo and his surviving wife Lee, and the late Phyllis (Tedford). A lifelong Medford resident, Richard was employed for many years as a carpenter.

Richard was the beloved husband of Helena (Wong) Luongo, and the devoted father of Mishelle Luongo of Medford and her partner Ryan Buckley. He was the loving grandfather of Aria Buckley, and the dear brother of Janice Boetti of Stoneham and her late husband Charles, Leanne Carbone and her husband Eric of Medford, Vincent Dattoli of Tewksbury, Rico Dattoli and his wife Leanne of Florida, and Laura Wright and her husband Timothy of Bellingham. Richard was the cherished uncle of Ryan Gray and his wife Maria, the late Michael Gray, Gino, Nadia and Rocco Carbone, Dominic and Julianne Dattoli, and Nicole and TJ Wright. He is also survived by his great nephews Antonios and Alexandros Gray.

Funeral services will be private. In lieu of flowers, Richard’s family requests that expressions of sympathy be made in the form of donations in his name sent to the American Cancer Society, 3 Speen St., Suite 250, Framingham, MA 01701.