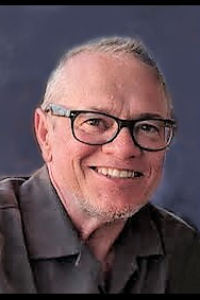 After graduating from St. Mary’s High School in Tokyo, Japan, in 1981, R.J. studied communications at the University of New Hampshire in Durham where he met his 40-year Sous Chef, Marti.

R.J. and Marti shared many adventures and started their family in Yokohama, Japan, and the Marianas Islands, returning to the U.S. in 1991 where they raised their girls in Gilford, NH.

His lifelong career in sales began in Tokyo, Japan, with Dyden Intelligence Technology. Once back in the States, R.J. followed his passions down many paths. Along the way, he acquired a variety of skills he passed on to his girls and sons-in-law, including but not limited to: how to grill a proper steak, tile a bathroom, pick the perfect playlist for any occasion, and amass a cooking knife collection that would make Anthony Bourdain proud.

As comfortable in a big city as he was in a small town - some have described R.J. as the “Life of the party.” While this may be true, and he would enjoy being remembered that way, those who knew him best knew him as a force to be reckoned with. R.J. was a person who was always there in the most fundamental and powerful ways for those he cared about most.

A self-described frustrated chef R.J.: lover of all kinds of kitchen gizmos and gadgets, he prepared holiday meals for 30 years – always cooking, never cleaning. He studied a number of martial arts including Brazilian Jiu-Jitsu, earning his purple belt a few weeks before his final tap-out.

He is survived by his wife of 36 years Marti (Stone) Ilg, daughters Ashley Ackerson, Laconia, Keil Ackerson, Laconia, and Whitney Grouten and her husband Andrew Grouton, Glastonbury, CT, grandchildren Ambrose Ackerson and Logan Grouten, and brother Garrett Ilg, and his wife Christine and their daughters Alexandra and Nicole, Oahu, HI. R.J. is predeceased by is parents.

In lieu of flowers, the family requests performing a random act of kindness. Call a friend or relative you haven't reached out to recently. Mow and rake your neighbor's lawn. Forgive someone. No act of kindness, no matter how small, is ever wasted.