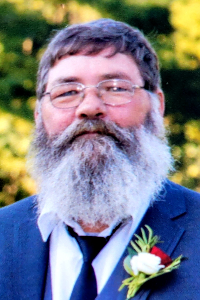 Paul E. Peterson Sr., age 59, of Billerica, formerly of Woburn, passed peacefully on Sunday, April 10, 2022 at the Lahey Hospital and Medical Center of Burlington, surrounded by his loving family. Born in Woburn, he was the son of the late Elwood and Helen (Garrity) Peterson.

Paul is also sadly predeceased by his sister, Diane Elaine. He is lovingly survived by his six children Danielle Peterson of Florida, Paul Peterson Jr. of Billerica, Ashley Peterson of Beverly, Matthew Peterson and his wife Allison of Beverly, Jonathan Peterson and his wife Kimberly of Peabody and Kassandra Last of Billerica. He also leaves behind his beloved granddaughters Kaylee, Madison, Chloe, Natalie and Alivia. He was further survived by his sister, Deborah Syring of Woburn and brother Mark Peterson.


Paul was raised in Woburn and graduated from Woburn High School with the class of 1981. He was the former husband of Cathleen (Gaudet) Peterson with whom he brought five of his beautiful children into this world with. He started his business, New School Tree, in 2005 of which he ran with each of his three sons. He loved spending time with his family, joking around and letting his granddaughters play with his beard. He will be greatly missed.