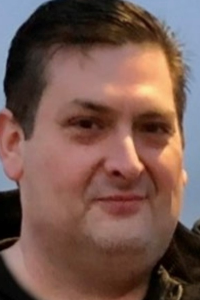 NO.BROOKFIELD: Charles D. "Chuck" Lindgren,48, passed away after complications from pneumonia, surrounded by his family on Friday, April 1 in St. Vincent Hospital, Worcester. He leaves his wife of 21 years, Cynthia J. (Ralph) Lindgren, his son Eric Lindgren, his parents Robert D. and Teresa A. (Brower) Lindgren of Spencer, his in-laws; Bill and Karen Ralph of Southbridge, along with his many aunts, uncles and cousins.
Chuck attended Spencer schools and graduated from David Prouty High School and later attended Becker Junior College in Leicester where he met the love of his life, Cindy.
They were married in 2000. They bought a house in No.Brookfield. After the birth of their son Eric in 2002, Chuck was lucky enough to be a stay at home Dad for almost 5 years. He was active in his community.
Chuck worked at the Worcester Regional Transit Authority, starting as a bus driver and eventually as a mechanic.
Chuck loved his family and cooking. He always brought food to events and to neighbors in need.
Memorial calling hours will be held on Sunday, April 10 from 3 to 5 p.m. with a Memorial Service at 5 p.m. in the J.HENRI MORIN & SON FUNERAL HOME, 23 Maple Terr., Spencer. A Celebration of his Life will also be held at a later date.
In lieu of flowers, contributions may be made to either the American Lung Assoc., 1661 Worcester Rd. Unit 301, Framingham, MA 01701 or Ross Mill Farm, 2464 Walton Rd., Jamison, PA 18929
www.morinfuneralhomes.com