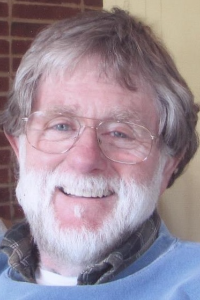 Kenneth E. O'Neill of Tewksbury formerly of Woburn, March 28, 2022. Beloved husband of Mary Colburn-O'Neill. Stepfather of Dennis Vigliotte and his wife Janna of Epping, NH. Loving "Grandpa Ken" of Jack Vigliotte and Lucy Vigliotte. Cherished brother of Robert O'Neill of Tewksbury, Nancy Smith and her husband Dan of Auburn, and the late David O'Neill. Uncle of Courtney Goshey and her husband Damian and their children Declan and Connor of North Reading. Further survived by many nieces, nephews, extended family members and friends.


Ken was born in 1943 in Woburn, MA and was the son of the late Thomas and Beatrice (Blanchard) O'Neill. As a young boy, Ken enjoyed playing hockey and baseball with his siblings and friends and going to Fenway Park to watch the Red Sox games every year when the town of Woburn treated the local children to a special day at Fenway Park. Ken often talked about his fun summers as a young boy at Horn Pond in Woburn where his family operated a beachside concession stand and rented boats. He also learned about the ice business by sometimes watching and helping his father at the Ice company that was located at Horn Pond.


During his teenage years, Ken's orthopedic hip problems required surgeries and a couple of lengthy periods of hospitalization that resulted in an altered gait for the rest of his life. However, Ken never thought of his orthopedic challenges as a limitation in any way. He always found a way to accomplish his goals. He had a positive outlook and never gave up.


As Ken got older, he often took the train into Boston and watched the Bruins hockey games at the old Boston Garden. He enjoyed watching his favorite player, Bobby Orr. His most memorable game was the May,1970 Stanley Cup Final playoff game in Boston where he witnessed the great Bobby Orr score the winning goal.


After graduating from Woburn High School in 1961, Ken worked for several years in highway survey and later worked in commercial construction as a field engineer. He was a proud member of the IUOE Local 4. His career included many projects in Massachusetts, New Hampshire, Maine as well as a few overseas projects in Algeria, Saudi Arabia, and the islands of St. Croix and Bonaire.


Throughout his life, Ken enjoyed reading and learning about history, politics, and government. He had a special interest in the Civil War and took trips to many of our nation's Civil War battlefields and historical sites. Ken was also a very proud Democrat. He loved to discuss politics, view the exhibits at the Kennedy Library and Museum, and attend many historical lectures. He also took many day trips to the historic Lexington Battle Green, Walden Pond, and Robert Frost's home in Derry, NH.


He traveled to various European countries and often shared some interesting stories about the places he went and many of the people that he met along the way.
Ken also enjoyed playing chess. He taught the game to several family members. During the games, Ken often shared some of the stories about his travels.
Ken loved music and concerts. Some of his favorite musicians included Peter, Paul and Mary, Judy Collins, and Jimmy Buffet.


Ken loved sharing his life with his wife Mary and her son Dennis and his family. He brought so much love, joy, and happiness to his wife during their many years of marriage. At times, he was jokingly accused of maybe being too good to Mary. But that's the way Ken was- a very caring, loving man.


In his later years, Ken spent several winters with his wife Mary and some of her family on the east coast of Florida. He loved the warm winters and spent a part of almost every day enjoying the beautiful beaches. Ken always had fun times with his family and friends. Everyone loved his kindness, his respect for others, his willingness to help others, and his loving ways. Ken gave his family and friends a lifetime of wonderful memories and will be missed every day.