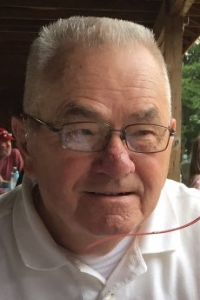 SPENCER: John J. "Jack" Gordon, Sr., 85, of Spencer, died suddenly, Wednesday, March 23 at his home. His wife, Elinor F. (Robator) Gordon, died Dec. 19, 2021. He leaves his son John J. "Jackie" Gordon Jr. of Sturbridge, his granddaughter Grace Hailey Gordon of Tarpon Springs, FL., 3 brothers; Jerald Gordon and his wife Elaine, Jan Gordon and his wife Jeannie and James Gordon all of Spencer, many nieces and nephews. Jack is predeceased by his grandson Matthew Luke Gordon, his sisters; Joyce Gildert and Judith Vitkos and his brothers; Joseph, Jay and Jeffrey Gordon.
Jack was born in Worcester, son of Joseph and Helen (Barrett) Gordon. He served in the US. Army during the Korean War and later became a truck driver where he worked for 28 years for St. Johnsbury Trucking and later was employed by Tractor Supply in Leicester. He was a lifetime member of the Spencer Fish and Game, South Barre Rod and Gun Club and a member of the Greendale Retired Men's Club, American Legion Post 138 and The Local 170 Teamsters Union. He was an avid golfer and played in several area golf leagues over the years including the Massasoit Golf League. A celebration of his life will be held at a later date. Memorial contributions may be made to the Spencer Fish & Game Club, P.O. Box 238, Spencer, MA 01562. The J. HENRI MORIN & SON FUNERAL HOME, 23 Maple Terr., Spencer, is directing arrangements.