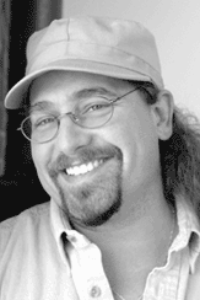 SPENCER: David S. Ingalls, 55, of Spencer, died peacefully on Wednesday, March 23, in his home. He is at peace now with his mother and beloved wife.

He is survived by his father, David L. Ingalls of Charlton, brothers; Kenneth W. Ingalls and his wife Deborah of Spencer and Derek J. Ingalls and his wife Shelley of Spencer, sisters Laura Huard and her husband Mark of West Warren, and Bonnie Ingalls of Worcester and several nieces and nephews. He was predeceased by his wife of 16 years, Christine, in 2019, and his mother, Donna, in 2007.

Dave was born in Worcester, and later graduated from David Prouty High School in Spencer (Class of 1984), and, subsequently, attended Worcester State College. He'd been a bookseller, an educational travel coordinator, and, most recently, an agent with George Russell Realty in Worcester. He loved music and was formerly a singer in area rock bands including Lost Weekend, SoulBasket, Goode & Drunk and Cartoon Pocket, and was a published author of short horror stories. As well as music, he enjoyed reading, mountain climbing, fishing, collecting meteorites, and traveling, counting among his favorite places the Bahamas, Key West, New Orleans, and Havana, Cuba. He was an avid metal detector.

Per his wishes, there will be no calling hours or funeral, but as he had a soft spot for animals of any type, memorial donations can be made in his honor to Second Chance Animal Shelter, P. O. Box 136, E.Brookfield, MA. 01515. A Celebration of David's life will be held at a later date. J.HENRI MORIN & SON FUNERAL HOME, Spencer has been entrusted with his final arrangements.