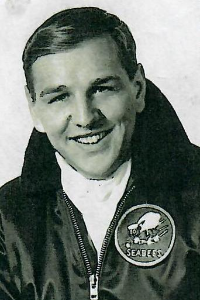 SPENCER: Raymond P. "Petou" Gagne,74, of Spencer, died Thursday, March 17th. in St. Vincent Hospital, Worcester.
He leaves his wife of 38 years, Doreen (Hall) Gagne, his sons; Nicolas T. McNerney and Matthew R. Gagne, his daughter Meghan M. Gagne all of Spencer, his sister; Colleen Coran and her husband Wayne of E.Brookfield, 4 grandchildren; Colin Gagne, Brooke Gagne, Makenzie Lipski & Eriq Lindsey , 2 great grandchildren; Mila and Sylas Lindsey, many nieces and nephews.
Petou was born in Worcester, the son of Raymond J. and Evelyn (Lacroix) Gagne and later graduated from Worcester Boys Trade School. He was a sheetmetal mechanic for Rockwell Roofing in Leominster for more than 20 years, retiring in 2010. He served his country with the US Navy during the Vietnam War. He was a very well loved man, his personality made you glad you encountered a man like him in your life. He was an avid family man, a devoted husband, father and Pepere.
During his younger years, he was a coach for several Spencer youth sports teams and was an avid freshwater fisherman.
Calling hours will be held on Thursday, March 24th. from 5 to 7p.m. in the J.HENRI MORIN & SON FUNERAL HOME, 23 Maple Terr., Spencer. Burial with Military Honors in Mary, Queen of the Rosary Cemetery will be held at the convenience of the family.