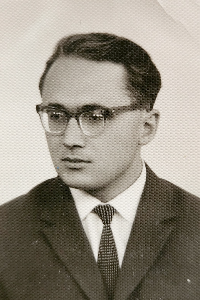 Evgeny Izmailov, passed away peacefully in Stow MA, surrounded by family, at the age of 83. Evgeny was born in the Tian Shan Mountain region of Central Asia. Growing up in the family of two well-known scientists, Evgeny developed a passion for physics at a very young age. He went on to study physics in college, achieving his PhD, co-owning a few patents and writing several books in the field. Nicknamed “Ev-Genius” by his students, he taught physics around the world, and inspired thousands of students to contribute to the field in a meaningful way.

Evgeny was an amazing son, husband, father and grandfather – nothing was more important to him than family. He lived by a principle that kindness is love in action, which became his life legacy. He attended every music and dance recital, chaired every math and chess competition. During his local lectures, he let his kids play Tetris in the computer science lab and conduct fun experiments in the physics/chemistry lab with the supervision of his graduate students.

Evgeny adored ballroom dancing, singing old Russian ballads, playing classical music, writing poetry and short stories. He also enjoyed the game of chess, and as a chess master, frequently played in tournaments around Eastern Europe/Asia. He met his wife, Anna, at an international chess competition, losing to her on purpose, to ask her out on a date. He also loved everything British, having spent extensive time at Oxford. With his appreciation of the British culture and humor, he taught all his kids English through books he brough back from England, which he used to read out loud while sipping earl grey tea. After retirement, Evgeny and his wife Anna moved across the world to America to reunite with their daughter and her family and help raise grandkids.

Evgeny is succeeded by his wife Anna, son Andrey and family; daughter Allie and family; and son Aleksey his family and many loving cousins and relatives. The family is planning a private ‘celebration of life’ ceremony. We are forever grateful for the outpouring of love and support received from friends, co-workers and family. Please plant a tree in Evgeny’s memory and raise a cup of earl grey tea afterwards.