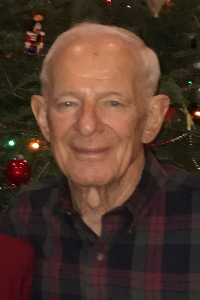 Paul Francis Piazza, a longtime resident of Andover, MA and beloved husband of Patricia C. (Ryan) passed away at his home on Friday, March 4, 2022. He was 84 years old.

Paul was born in Lawrence, MA on October 4, 1937 to the late Pluri R. and Ann (Lally) Piazza. He served in the Army National Guard from January 31, 1960, and received his honorable discharge from Ft. Dix, NJ on January 20, 1966. Paul was second generation President of the Piazza Insurance Agency in Andover, started by his parents in 1940. He retired with selling the agency to Hub International in 2001.

In his spare time, Paul enjoyed being with his family, spending winters in Sanibel Island, FL; traveling the world with his wife and family; sailing; golfing; playing cards (45’s and Rummy); playing tennis; eating great food; and drinking scotch and wine. Paul was always supportive and proud of his children’s endeavors and played a large part in their activities. His home was always filled with family, friends, hospitality, laughter and love.

His Funeral Mass will be celebrated in St. Augustine Church, 43 Essex Street, Andover on Wednesday, March 9, 2022, at 2 PM. Relatives and friends are most welcome to attend. Interment will be held in the Spring Grove Cemetery in Andover. Donations, in lieu of flowers, can be made in Paul’s memory to the Parkinson’s Foundation For additional information, please visit, www.burkemagliozzi.com.