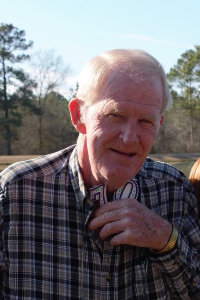 Memorial services will be held at 4 PM, Saturday, January 29, 2022, at the Paulk Funeral Home Chapel in Fitzgerald, Georgia, with the Rev. Dr. Lloyd Stembridge officiating. The family will receive friends one hour prior to the services at the funeral home at 3pm.

Mr. Ives was born February 10, 1944, in Quitman, Georgia, to the late Milton Eugene and Katie Louise Carroll Ives. Mr. Ives Graduated from Fitzgerald High School in 1962, and served in the National Guard for several years. He later worked as a conductor for CSX, until his retirement due to health issues some 38 years later. He was a long time member of the Elks Club, & Country Club. He enjoyed riding his golf cart and maintaining his yard and property. He also loved corvettes and collecting them when he was younger. Mr. Ives was a firm believer in doing what’s right always, & equality, and equal rights for all and was often a champion of rights for the underdog when the occasion called for it. He was a giving man known for helping others in need. He was popular amongst his friends for his quick wit & lively sense of humor that could quickly light up a room.

In addition to his parents, he was preceded in death by 2 brothers: Adrian “Berl” Ives (Ursula) of Mississippi and Von Eugene Ives of Albany.