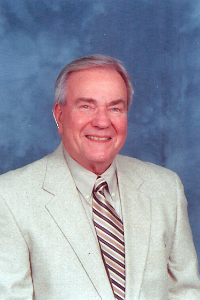 Phil, as he was known, spent his early years in California and the state of Washington due to various postings and years of Sea Duty his father had as a career Naval Officer. His high school years were spent at Gonzaga Prep in Spokane, Washington and he graduated from Washington State in Pullman, State Washington. From there, he embarked on a Naval Officers career, following in his father’s footsteps.
As a young Naval Officer stationed at Roosevelt Rhodes Naval Air Station, near San Juan, Puerto Rico, he met, by chance, his future wife Carol Moriarty of Belmont, Massachusetts, an Airline Stewardess. Little did they know then, they would enjoy 61 years of marriage moving often, including postings in Scotland, the United Kingdom and Subic Bay, Philippines.

They were blessed to have three beautiful children: Charles Phillip Phleger, Jr., Alison Phleger Nixon and Paul Michael Phleger, born in different states, however all call Massachusetts home. Phil is a graduate of the Armed Forces Staff College and did his graduate studies at George Washington University. While stationed in Washington DC, at the Pentagon, he was chosen, as a great honor, to be military aide for President Richard Nixon at his Inaugural January 1969. Phil later went on to continue additional graduate studies at the University of Pittsburgh.

Upon retiring from the Navy, he joined ITEK Corporation in Rochester, New York and ultimately moved to Massachusetts and retired from Digital Equipment Corporation. Carol and Phil traveled the world and appreciated the adventures of different cultures and even though he was not a New Englander, he was interested in all Boston sports, a lover of four seasons, the ocean, mountains, and a place he finally called home.

Phil was active in the local community, volunteering at the Senior Center and the Andover Library. He was a long-time member of the Wardroom Club, the Navy League, the Military Order of World Wars as well as several navy organizations.

He is survived by his loving wife, Carol, his beloved children; Charles P. Phleger, Jr., Alison Phleger Nixon and Paul Michael Phleger, son-in-law; Robert Nixon, daughter-in-law; Aimee Damon Phleger, grandchildren; Brendan, Michael, Jason, Matthew and Kailyn and several nieces and nephews.
His Funeral Mass will be celebrated in St. Augustine Church, 43 Essex Street, Andover on Saturday, February 5, 2022, at 10 AM. Relatives and friends are most welcome to attend. Calling hours will be held in the Burke-Magliozzi Funeral Home, 390 North Main Street, Andover on Friday, February 4, 2022, from 5 to 8 PM. Interment will be held in the Arlington National Cemetery, Arlington, VA at a later date. Donations in Phil's memory may be made to St. Jude Children's Hospital, 501 St. Jude Place, Memphis TN, 38105 or to the Shriner's Institute, 51 Blossom Street, Boston, MA 02114. For additional information, please visit, www.burkemagliozzi.com.