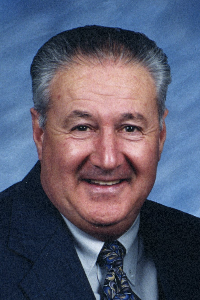 Roger R. Provencher died January 21, 2022, at the Elliot Hospital in Manchester, NH after a brief illness.

He was born on June 15, 1936, in Manchester, NH to Raoul Provencher and Yvonne Lacourse Provencher (both deceased). He resided in Manchester until moving to Bedford in 1972 and then to Litchfield, NH in 2014. He attended school in Manchester and served in the United States Navy from 1955-1959. He was employed in the trucking industry for Railway Express, Auclair Transporation, Holmes Transportation and retired from Red Star in 1998.

Roger leaves his wife of 60 years, Eveline S. Provencher; three sons, Paul of VT; Andre and significant other, Hilary Grubbs, of Nashua, NH and Philip and daughter-in-law Sarah Poole, of Abington, MA. He was predeceased in 2017 by his step-sister, Claudette Beland, of California. He also leaves his brother-in-laws, Donald (Lorraine) Savoie and Paul (Jacquelyn) Savoie, his cousin Muriel Smith and several nieces and nephews, as well as his granddog, Charlie.

The family wants to gratefully thank the doctors, nurses, Palliative Care Team, technicians and anyone who took care of Roger these last three weeks.

No flowers are requested. Memorial donations may be made to the Animal Rescue League of NH, 545 Horace Greeley Hwy., Bedford, NH 03110.

A Mass of Christian burial will be celebrated on Friday, January 28, 2022 at 10 am in St. Elizabeth Seton Church, 190 Meetinghouse Road, Bedford, NH. Masks to be worn at the Mass. Cremains will be placed in Mount Calvary Mausoleum.