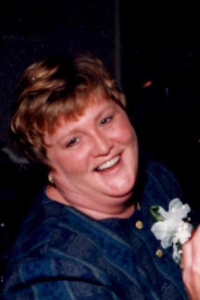 Denise M. (Delaney) Sullivan, 68, a lifelong Tewksbury resident, passed away after a brief illness on Wednesday, January 19, 2022 at Tufts Medical Center in Boston. She was the beloved wife of the late William F. Sullivan, III who passed away in 2004 after 30 years of marriage.

Denise was born in Stoneham on April 23, 1953 and was the daughter of the late Jeremiah J. Delaney and the late Mary (Blanchard) Delaney. She was raised and educated in Tewksbury. She was a natural caretaker earning her Certified Nurses Assistant certification and will be remembered for the loving care she gave everyone she met.

She worked as a CNA with Tewksbury State Hospital for over 15 years before an illness forced her early retirement in 1990. Her children and grandchildren were her pride and joy. She was a wonderful mother and grandmother who was always gentle and kind. Music was also an important part of her life. She enjoyed leading sing-alongs and praying the rosary with her Heatherwood community. Denise was very proud of her Irish Heritage and loved spending time listening to Irish music. She was also an avid New England Patriots fan and loved animals, especially dogs

She is survived by her children, Tara Bellemare and her husband, Gerard “Jay” of Pepperell, William F. Sullivan IV and his wife, Sheri of Westford; and her grandchildren, Joseph, Alexandra and William. She is also survived by her siblings, Jeremiah “Jay” Delaney and his wife, Corinne (Cefalo) Delaney of Tewksbury, and Thomas Delaney of Tewksbury; her sisters-in-law, Jeanne Delaney of Amesbury, and Claire McGrath of Watertown; and her brother in-law, George Hazel of Tewksbury. She also leaves behind several nieces, nephews, cousins and friends, especially her family of friends at Heatherwood Gracious Retirement Living in Tewksbury.

In lieu of flowers, donations in her memory may be made to: MSPCA-Angell at: mspca.org/donate-now