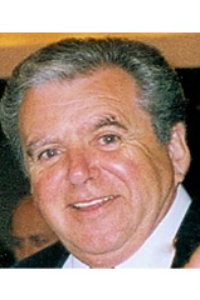 Roger J. Quigley, Jr., age 77 of Brockton, formerly of Burlington, died suddenly on January 18, 2022. Roger was the beloved husband of the late Jacqueline (Battista) Quigley. Born in Woburn, he was the son of the late Roger J. and Eleanor F. (Kirk) Quigley.

Roger was raised and educated in Burlington, MA. He proudly served his country in the United States Navy, which included a posting on the USS Essex (CV-9). In 1965 he married his high school sweetheart “Jackie” and moved to Brockton in 1972. For over 30 years, Roger worked in sales and service at Diamond Uniform Rental Service in Dorchester and Stoughton.

Roger shared a close bond with his family and enjoyed gathering with family and friends. He also enjoyed spending time on his boat and at Mohegan Sun, as well as bowling, traveling, playing horseshoes, fixing cars and Nascar racing.

Roger was the father of James M. Quigley and his wife Vicky of Taunton and Brian K. Quigley and his wife Susan of Halifax; cherished grandfather of Amanda, Ryan, Stephen, Cameron, Michael, Christopher and Jack. He was the brother of Patricia Lachance of Salem NH, Judith Zugale of Plymouth MA, John Quigley, and his wife, Cindy, of Methuen, Debora Vallis, and her husband, Tom, of Salem NH, and the late Joanne Smith. He is also survived by his sisters in law Linda Hayes, and her husband, William, of Dracut and Deborah Cruise of Canton and many nieces and nephews.

Visiting Hours will be held in the Conley Funeral Home, 138 Belmont Street (Rte 123) Brockton, Monday, January 24 from 4-7pm. The funeral procession will gather at the funeral home Tuesday at 9:30am for a Funeral Mass in Christ the King Church at 10:30am. Burial will follow at the Massachusetts National Cemetery.

Donations may be made to The Fisher House of Boston in his name.