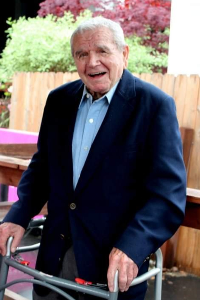 Dick was born in Candia, NH, on January 10, 1928, to Herman and Ruth (Lindholm) Purington.
He graduated from Manchester Central High School and Brown University.

A family funeral service will be held at a later date.

In lieu of flowers, memorial donations may be made to Lakes Region Community Services, 719 North Main Street, Laconia, NH 03246 and/or to Franklin VNA and Hospice, 75 Chestnut Street, Franklin, NH 03235.