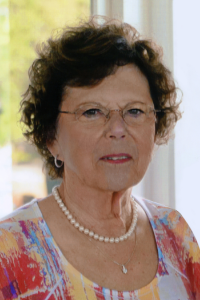 LONGMEADOW
Doreen (Peterson) Psilakis, 84, of Longmeadow, passed into eternal life at home on January 17, 2022 surrounded by the care and comfort of her loving husband and family.
Doreen was born in Stafford Springs, CT on April 1, 1937, the beloved daughter and only child of the late John and Evelyn Peterson. Her father was a U.S. Army Sergeant and killed during the Korean War in 1950.
She lived in Stafford Springs, CT in her teenage years and later moved to West Springfield. Doreen was employed at the Hamilton Standard Company in Windsor Locks, CT for over 33 years, starting as a secretary and later on as an executive secretary in the Space Systems Division working with some brilliant engineers involved in the Apollo Moon Landing and many Space Shuttle projects.
She was a member of Saint George Greek Orthodox Cathedral in Springfield and following her retirement, she volunteered her talents to her Church. Doreen was a member of the Parish Council for many years and a member of the Stewardship Committee as well. Doreen also worked in the Church office in various positions, worked during the annual Glendi Festivals for many years and participated and assisted in various workshops and many additional Church programs and fundraisers including providing secretarial assistance for the Saint George Endowment Trust Committee. Her hard work and dedication to her Church was admired and greatly appreciated by all.
She was smart, humble, sassy at times, kind, a great friend, thoughtful, generous and was loved and respected by all who knew her. She will be missed by all whose lives she had touched.
Doreen leaves her beloved husband and soul mate of 53 years, Andrew Psilakis whom she married on May 19, 1968. Together they enjoyed many wonderful trips to Europe, Mexico and Canada and traveling across the United States.
Doreen also leaves her sister in law, Helen Psilakis of Springfield; and her brother in law, Nick Stavarakis of Springfield.
She also leaves her nephews, George Psilakis and his wife, Julie, of Franklin, Emmanuel “Mano” Psilakis and his wife, Katherine, of New Seabury, Leonard Sophinos and his wife, Alexandra, of Somers, CT, George Sophinos and his wife, Karen, of Rye Beach, NH; and her nieces, Liz Papas and her husband, Kosta, of Palm Beach, FL, Cleo Mavrelion and her husband, Chas, of Windsor Locks, CT and Diane Stavarakis of Springfield.
She also leaves her grand nephews and grand nieces, Alexander, Andrew, Anthony, Christos, Evan, James, Phillip, Argia and Sophia.
She also leaves her godchildren, Andrew Psilakis, Jake Socha, Jason Kastrinakis, Katherine Psilakis, Michaela Socha and Phillip Sophinos.
She was predeceased by her three brothers in laws, Emmanuel and Christos Psilakis and Jim Sophinos; and her two sisters in law, Helen Stavarakis and Lula Sophinos.
Doreen will Lie in Repose on Monday, January 24, 2022 from 10 a.m. to 11 a.m. followed by a Funeral Service at 11 a.m. at Saint George Greek Orthodox Cathedral, 2320 Main Street, Springfield, MA 01107. Her Burial will follow the Funeral Service at Oak Grove Cemetery, 426 Bay Street, Springfield, MA 01109. Please note that masks are required for her services.
Her funeral arrangements are entrusted to the St. Pierre-Phaneuf Springfield Chapels, (413-737-1177), 7 Chapin Terrace, Springfield, MA 01107.
In lieu of flowers, her family requests that memorial donations be made in her memory to either the Saint George Greek Orthodox Cathedral Endowment Trust or the Building Fund, 22 Saint George Road, Springfield, MA 01104.
For more details and to leave her family condolence messages, please visit: www.stpierrephaneuf.com