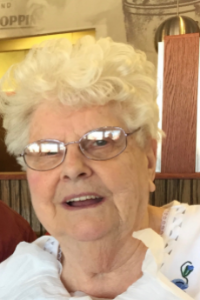 In Taunton, Grace M. Isenor, age 86, passed away in Morton Hospital on January 14, 2022 following a period of failing health. Grace was the wife of the late Alan “Wingy” Isenor. She was born in Taunton, the daughter of the late Michael & Mary Neville.
Grace was a lifetime resident of Taunton. She attended Taunton schools and was a graduate of Taunton High School. Grace was employed for the former Reed & Barton Company and also for Paul E. Dever State School in Taunton. She enjoyed going to the beach, visiting Cape Cod, the computer and spending time with her grandchildren.
Grace is survived by her children, Michael Isenor of Taunton and David Isenor and his wife Christene of Taunton. She was the sister of the late Robert, Alfred and Edward Neville. Grace also leaves her two beloved grandchildren; David and Kayleigh Isenor of Taunton.
Funeral services are private at the request of the family.