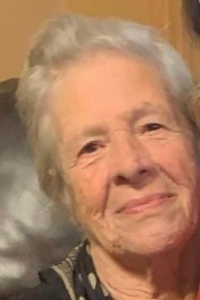 In New Bedford, Mary Souza, age 90, passed away on January 18, 2022 at St. Luke’s Hospital following a brief illness. Mary was the wife of the late Manuel Souza. She was born in the Azores in Portugal, the daughter of the late Joao DaCosta & Maria (Conceicao) DaCosta.
Mary had resided in Taunton since 1960. She was a former employee of Texas Instruments in Attleboro until her retirement. Mary was dedicated and loving wife, mother and grandmother. She had a strong faith and was very involved in her church at St. Anthony’s. Mary enjoyed walking, being outside and spending time with her family, especially her beloved grandchildren and great grandchildren.
Mary is survived by her children; John Souza and his wife Lily of Taunton, Edmund Souza and his wife Karen of Taunton and Victor Souza of TN. She also leaves her sister Maria Theresa Areia of Canada, her nine grandchildren, thirteen great grandchildren and one great great grandchild.
Funeral from the O’Keefe Wade Funeral Home, 70 Washington St., Taunton, MA 02780 on Monday, January 24th at 9am. Followed by a Mass of Christian Burial at St. Anthony’s Church in Taunton at 10am. Relatives and friends are also invited to visiting hours on Sunday from 2-4pm. Burial will be in St. Joseph’s Cemetery in Taunton.