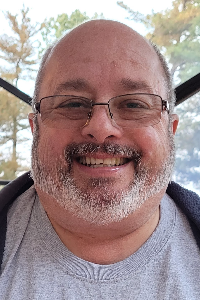 Richard M. Perry, 57, of Acushnet passed away Saturday, January 15, 2022 at St. Luke's Hospital surrounded by his loving wife and two children after he fought a courageous battle against Covid-19, despite being vaccinated. He was the husband of Suzanne T. (Arsenault) Perry, they had shared 31 years of marriage.

Born and raised in New Bedford, he was the son of Mary C. Perry and the late Manuel "Ritchie" Perry. He later moved to Acushnet in 1994 where he was a long-time resident. He was a graduate of New Bedford High School class of 1982, and he later graduated from New England Institute of Technology where he received his HVAC/R certification.

Richard and his late father were the founders and owners of the former New England Cupola and Weathervane where they built Cupola's in his own garage and shipped their work all throughout the country. One of their projects can still be viewed today at Edaville Railroad Train Station.

Among the things Richard loved to do, he especially loved the time he spent with his family. He always looked forward to camping trips, family vacations, and above all his yearly "mancation" with his son, Jacob. He had a great love for cars, especially hot rods. Richard loved to work on his 1971 Chevy Nova, and attending classic car shows over the summer. He always enjoyed nature, flowers, and loved watching the birds and deer right from his own backyard. He loved to cook and will always be known for his famous smoked ribs, kale soup, and his Thanksgiving apple pie from his mother's recipe. He was also an avid Patriots and NASCAR fan.

He had an incredible green thumb and loved surrounding his yard with many flowers and plants in the summer. He always took great pride in his flower boxes. His wife would always joke with him that he could never go into a store without bringing home more flowers.

Above everything Richard loved and adored his family and being an amazing father to his two children, Erin and Jacob, and husband to his loving wife, Suzanne. He was especially proud of his children accomplishing their dreams of his daughter being a Registered Nurse and his son being an Electrical Apprentice, soon to be Electrician.

Richard was very proud of his Madeiran heritage, and he was a proud former member of the Clube Madeirense S.S. Sacramento. He was a member of the Fin, Fur, and Feather Club of Mattapoisett, Acushnet Rifle and Pistol Club, GOAL, and NRA. He was also a member of the Teamsters Local 251.

He was predeceased by his grandparents, John S. Perry, Merces Perry, Manuel Perry, and Irene Perry; and his father-in-law, Dennis A. Arsenault.

He will be greatly missed by all who knew him.

Richard's family understands if anyone feels uncomfortable attending the services at the current time and are planning to hold a public memorial service at a later date.

His Funeral Mass will be Wednesday, January 26, 2022 at 11 AM at Holy Name of the Sacred Heart of Jesus Parish, 121 Mt. Pleasant St., New Bedford, with everyone meeting directly at the Church. Visiting hours will be held Tuesday, January 25, 2022 from 4-8 PM in the Saunders-Dwyer Home for Funerals, 495 Park St., New Bedford. Flowers are welcome for Richard's love of flowers. For directions and guestbook, visit www.saundersdwyer.com.