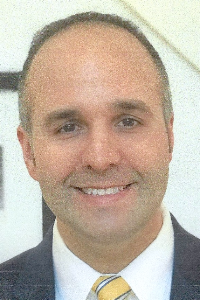 Jeffrey R. Scott, PhD, age 43 of Foxborough, passed away on Friday, January14, 2022. He was the beloved husband of Melyssa J. (Burridge) Scott, to whom he was wed on September 24, 2005 and the loving and devoted father of Emma and Laura Scott.

Born in Ontario, Canada on June 19, 1978, he grew up and was educated in Ontario. Jeff received his bachelor’s degree from McMaster University in 2001, where he also met his future wife Melyssa. He continued his education, earning his PhD in 2004 from the University of Western Ontario, the same year he moved to the United States. In 2006, he earned his Post-doctoral Fellow from Harvard Medical School.

A resident of Foxborough for the past 11 years, Dr. Scott had a career in the Medical Device industry most recently serving as the Director of Clinical Engineering at Vicarious Surgical, Inc. (Waltham, MA) where his efforts have helped to revolutionize robotic surgery. Prior to that he held positions at Tepha, Inc (Lexington, MA), Boston Scientific (Marlboro, MA) and CR Bard, Inc (Warwick, RI). Additionally he served as an Adjunct Professor at Brown University (Providence, RI) since 2011 in the departments of Molecular Pharmacology, Physiology and Biotechnology as well as Biology and Medicine where he assisted in the development of the next generation of scientists.

Jeff’s wife and daughters were truly the focal point and essence of his life and he adored family vacations spent on the water and being outdoors. He truly loved the ocean and dreamed of owning his own boat and spending time fishing. Jeff proudly maintained his home and yard in Foxborough and was a familiar face in the neighborhood. He always made time to help a neighbor and could frequenly be seen riding on his John Deere Tractor, always giving a friendly wave and smile or his famous big thumbs up.

A service in celebration of his life will be held on Saturday, January 22nd at 11:00 A.M. at the Sherman & Jackson Funeral Home. Burial will be private.

Donations in Jeffrey’s memory may be made to the Foxboro Rec Gift Fund, 40 South Street, Foxborough, MA 02035.