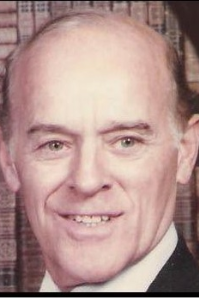 "I, John Phillip Summers, was born June 1, 1921, in Orestes, Indiana. Twenty-nine days later the rent came due, and my family moved. When I left town, it was a great loss for Orestes, but they still had the Oak Tree and it lives on. The early 'growing up' years of my life are not worth mentioning.
Finally I joined the armed forces to serve my country during World War II. The military moved me out of an existence of everyday boredom and into a world of adventure and learning. I was in the Army Air Corp in North Africa and served with the RAF and eventually went into southern Italy with the Mediterranean Allied Air Forces (French RAF and USAF). I finally served in Germany with the 9th USAF. I was overseas a total of three years and accumulated memories--good and bad--that I guarded and cherished all of my life.
Returning to the USA, I attended Anderson College, at the urging of my future wife, to learn all that I could about journalism, literature, and speech. Instead I taught them everything I knew about the subjects. Finally realizing that I was financially broke, I then quit and went to work at Delco Remy and became a toolmaker. I retired from there after thirty-six years. Like the town of Orestes, General Motors suffered a great loss.
I loved to read and study Biblical literature. I also enjoyed watercolor painting, flying, and teaching my friends how to play golf. (I was successful in that last venture.)
I married the most wonderful lady in all of the world, Katherine Virginia Dilts. Our marriage lasted sixty-three years. During our life together, we had three children; Melody Summers Hull, Monte Dean Summers, who died November 24, 2012, and Meredith Lee Summers.
Katherine and I loved to travel. I became a tour host for the travel company Educational Opportunities, and in 1979 we began traveling to foreign countries around the world. For the next nineteen years, every year --often two or three times a year--we traveled and did what St. Augustine suggested: "Life is like a book. If you haven't traveled, you have only read one page."
My friends, my life was so beautiful. I often wondered why God was being so good to me because I knew that I was just a sinner saved by His mercy and His grace. And now I look forward to Eternity in the presence of Jesus, with Katherine, my family, and my friends..."
In addition to Melody and Meredith (spouse Ferlyn), John Summers is survived by his brother Mark (Betty) Summers; nephews Bill Summers, Eric (Jan) Ayers, Keith (Carol) Dilts, Paul Dilts; nieces Debbie Summers, Teresa Tabor, Anita Michael, Carol (Phil) Brewster; daughter-in-law Debbie (Fred) Tirro; members of the South Meridian Church of God, his golfing buddies, his neighbors, local history buffs, classic car collectors, and his extended family.
Instead of flowers, memorial contributions may be made to the South Meridian Church of God.
Funeral service will be 2 p.m. on Saturday, January 22, 2022, at Rozelle-Johnson Funeral Service with Pastor Steve Wimmer of South Meridian Church of God officiating. Burial will follow in Bronnenberg Cemetery in Chesterfield.
Visitation will be Saturday from noon until the service at 2 p.m. at the funeral home.
Post online condolences at www.rozelle-johnson.com.