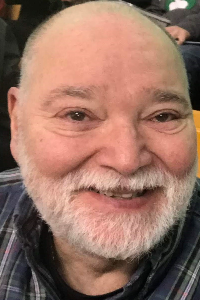 Donald W. Schipani, 67, of Medfield formerly of Norfolk, died January 14, peacefully in his home. He was the husband of the late Norene C. (Kikendall) Schipani from 1978 until her death in 2015. Their song was “So Happy Together” and epitomized their truth of being happy as long as they had each other.

Born in Boston, December 24, 1954, the son of the late Gilbert and Marie Ann (Mazza) Schipani, Donald was a graduate of Wentworth Institute.

Donald and Norene moved to California with aspirations to build a bigger life.
After a tragic bicycling accident prematurely ended his career, Donald took an active role in caring for and raising his son, instilling important values passed through the Schipani line.

Don loved fishing and building remote control airplanes as he got older. He was an ebullient Boston sports fan. He maintained his hippy ways until the very end, listening to and showing love to anyone in any walk of life. Don remained a proud intellectual to the very end and took joy in long talks into the evening on any topic. He remained a lifelong student, particularly fascinated by astronomy.

He is also survived by his siblings, Gilbert Schipani of Cotuit and Sandra Aloisi of Burlington.

His funeral services and burial will be private.

Donations may be made in his memory to Good Shepherd Community Hospice 160 Wells Ave. Newton, MA 02459 .(www.goodshepherdhospice.com/donations).

Arrangements are under the care of the Ginley Funeral Home of Franklin (ww.ginleyfuneralhomes.com).