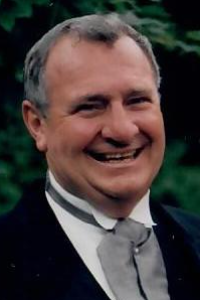 EAST BROOKFIELD: John J. Petruzzi, Sr., 88, of West Main St., died Friday, Jan. 14 at home. He leaves his daughters; Noreen Quinn and her husband Paul of Worcester, Patricia Giguere of East Brookfield, Susan Lacroix and her husband Joseph of Spencer and Christina Petruzzi Lavallee and her husband Richard of East Brookfield, with whom he lived, his sons; Peter Petruzzi and his wife Heather of Savannah, TN. and Jeffrey Petruzzi and his companion Melissa Begley of Spencer, 18 grandchildren, 12 great-grandchildren, many nieces and nephews. He was predeceased by his beloved wife Doris June (Bledsoe) Petruzzi after 66 years of marriage, who died in 2018, his son John J. Petruzzi, Jr., his daughter Lori Ann Petruzzi, his son-in-law Gary Giguere and his 8 siblings, brothers; Louis, Ralph and Francis Petruzzi and sisters; Florence Allen, Mary Petruzzi, Alma Sleeper, Theresa Edens and Rose Burgos.
He was born in East Brookfield, the son of Luigi and Margaret (Ficociello) Petruzzi and graduated from David Prouty High School Class of 51'. John worked in the construction industry for over 50 years and was co-owner of Petruzzi-Forrester Construction Inc. of East Brookfield. He was a member of the Local 478 International Union of Operating Engineers, Town of East Brookfield Assessor, a member of St. John the Baptist Church and co-owned horses " Skipper Gene" and "Doctor's Dinah".
Along with June he enjoyed traveling, going to the casino, playing cards and going to the races. Above all his family was most important. The funeral will be held on Wednesday, Jan. 19 from the J. HENRI MORIN & SON FUNERAL HOME, 23 Maple Terr., Spencer with a Funeral Mass at 11:30 AM in St. John the Baptist Church, No. Brookfield Rd., East Brookfield. Burial will follow in Evergreen Cemetery, East Brookfield. A calling period will precede the Mass from 9:30-11:00 AM in the funeral home. In lieu of flowers memorial contributions may be made to either the East Brookfield Fire Co., 273 East Main St., East Brookfield, MA 01515 or to St. Jude's Children's Research Hospital, 501 St. Jude Place, Memphis, TN. 38105.