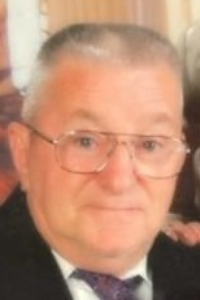 He was born in Worcester, the son of Edgar and Irma (Jones) LaFlash. Frederick was a devout member of St. Joseph-St. Pius X Church where he served as an alter server. Mr. LaFlash was a residential home builder for over forty years, building many homes throughout the area. He at one time served as President of the Leicester Little League. Mr. LaFlash was the owner of several harness racing horses. He and Sandra enjoyed driving to Saratoga, New York to watch their horse’s race; and was very proud that one of his horses was the winner of the Little Brown Jug.

The LaFlash Family would like to thank Kerri and Renee of the Geriatric Home-Run Program through Reliant Health Care.

His funeral is Wednesday, January 19th from O’CONNOR BROTHERS FUNERAL HOME, 592 Park Avenue, Worcester with a Mass at 11:00 a.m. in St. Joseph-St. Pius X Church, 1161 Main Street, Leicester. Burial will follow in St. Joseph’s Cemetery. Calling hours are Tuesday, January 18th from 4:00 until 6:00 p.m. in the funeral home. In lieu of flowers memorial donations may be made to McAuley Nazareth Home for Boys, 77 Mulberry Street, Leicester, MA 01524.