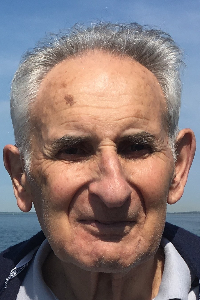 NATICK: Richard “Dick” J. Parece, age 92, died Thursday, January 13, 2022, after a short stay at the Carlyle House, after suffering from Alzheimer’s disease for many years.
Born in Medford, MA on July 1, 1929, he was the son of the late Antonio J. Jr. and Helen N. (Neville) Parece. Dick was the loving husband of 67 years to Nancy I. (Bard) Parece of Natick, where they built their house in 1954.
Raised in Medford, MA, Dick graduated from Medford High School Class of 1947 and then Bentley College Class of 1949. Dick was the President, owner and cofounder of Bankers Group Purchasing, Inc. until his retirement in 2010.
Dick joined the Army during the Korean War in 1951 and served until his honorable discharge as a Corporal from the Army Reserves in 1957. Dick was a proud member of Amvets Post 79 and the American Legion Post 107, as well as a founding contributor to West Suburban Arena (now William Chase Arena). He furthermore served as an usher at St. Patrick’s Church in Natick since 1954, became an Eagle Scout with the Boy Scouts of America, served as a Commissioner of the Algonquin Council of the Boy Scouts of America, volunteered as a coach for the Natick Little League and Natick Comets Hockey, and served as a treasurer for the Natick Comets.
Dick was a Charter Member of the Family Motor Coach Association (FMCA No. 22) which started the National Organization of Motor Homes, consisting originally of converted old buses. Dick was the President and Treasurer of the Northeast Chapter of FMCA where he organized many meets and printed the first National Newsletter in the cellar of his own Natick home.
Dick was an avid New England sports fan; he truly loved spending time attending his grandchildren’s sports and activities. Dick will be known for being a loving husband, father and grandfather, as well as telling jokes and long stories, travelling in his motor homes, generously volunteering his time helping others, tackling any project, and enjoying time with family and friends.
Besides his wife, Dick is survived by his daughter Paula (Parece) Hammett and husband Christopher of Holliston, MA; son Thomas Parece and wife Debra of Medway, MA; son Steven Parece and wife Ellie of Edgartown, MA; and 6 grandchildren - David Hammett of Oak Bluffs, MA; Michael Hammett of Holliston, MA; Eric Hammett of Holliston, MA; Jamie (Parece) Rosene and husband Matthew of Westborough, MA; Kristen (Parece) Lovett and husband Michael of Mansfield, MA; and Sarah Parece of Hudson, MA. In addition, he is survived by many nieces, nephews and extended family members. Dick was predeceased by his baby son (1957); his sister Marion (Parece) Morris (1999), his brother Robert Parece (2011) and his grandson Ryan Parece (2022).
Family and friends are kindly invited to attend his funeral Mass at 11:00 am on Thursday, January 20, 2022 at St. Patrick’s Church, 44 E Central Street, Natick, MA.
Burial will follow at Dell Park Cemetery, Natick, MA. At the family’s request and for the safety of family and friends, there will be no funeral home visitation.
Funeral arrangements are entrusted to John C. Bryant Funeral Home, of Wayland.
In lieu of flowers, donations for research may be made to the Alzheimer's Association, (Alzheimer's Association Donation Site) 225 North Michigan Avenue, Floor 17, Chicago, IL 60601.