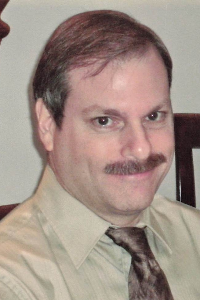 Laurence C. Cristiano, Jr., 59 of Tewksbury, passed away peacefully in his sleep on Thursday, January 13, 2022 at his home. He was born on April 29, 1962 and was raised in Tewksbury where he attended the area schools. He attended Northeastern College and graduated with the class of 1986, before moving to Michigan to work towards earning an MBA in Finance from Central Michigan University

After living in Michigan, he relocated to Connecticut with his family for work, where he was employed as an engineer at Dow Chemical and he was site manager at the Allen’s Point Plant. He then moved with his family back to Michigan taking a new job in the finance department of Dow Chemical corporate headquarters in Midland, MI, where he resided until his retirement, when he moved back to Tewksbury. While in Tewksbury he was a communicant of St. William’s Church.

Larry really enjoyed music, especially jazz. In his younger days, during college he participate in a statewide music competition. He was very intelligent, family and friends would often come to him for advice. He was a devoted family man, cherishing time spent with his family.