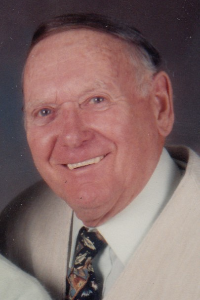 WEBSTER – Henry J. Konkel, 98, passed away peacefully on Saturday, January 8, 2022, at Harrington Memorial Hospital, Southbridge with his loving family by his side. His beloved wife of 64 years, Irene (Poswiatowski) Konkel, predeceased him in 2013.

He will be dearly missed by a son Martin J. Konkel of Hampton, VA; daughter, Judith A. Konkel-Dery of Webster with whom he lived; 4 grandchildren, Martin J.C. Konkel, Luke H. Dery, Hayden B. Dery and Treyton J. Dery; a sister, Betty Armstrong of Webster; a sister-in-law Grace Konkel of Charlton, and many nephews and nieces. He was preceded in death by 4 brothers, John Konkel, Edward Konkel, William “Bushy” Konkel, and Robert Konkel, and a son-in-law David W. Dery.

He was born in Webster on October 9, 1923, a son of John and Katherine (Stefaniak) Konkel and was a lifelong resident. He attended Webster Vocational School, apprenticed under his father and uncle, and bought his first piece of property on Webster Lake at age 15, where he built his first home.

Mr. Konkel proudly served with the United States Army during World War II as a Technical Sergeant in England and Northern France. When he returned home, he established Konkel Bros. Builders, Inc., with his brothers Edward and William. They built over 160 homes in the Webster-Dudley area over a 23 year period. He then became a Construction Supervisor for Francis Harvey & Sons in Worcester for 16 years before retiring in 1985. For the next 35 years he found joy tending to his property in Webster with his backhoe, dump truck and chainsaw.

He loved his family immensely and especially treasured the time he spent working outside, going to the donut shop and building puzzles with his grandsons. For many years he enjoyed hunting, fishing, boating and snowmobiling with his family and lifelong friends. He took pleasure in his involvement with the lunches at the Webster Senior Center. Most recently he enjoyed the activities and services at Accord Adult Day Health Center. Mr. Konkel was a communicant of St. Joseph Basilica and a member of the Carpenter’s Union. He was a caring, generous and helpful man who was very giving of his time and advice. Everyone who knew him admired his friendliness and welcoming manner.

According to Mr. Konkel’s wishes, a private graveside service will be held at Saint Joseph Garden of Peace, Old Worcester Road. The Webster-Dudley Veterans Council will provide military honors. In lieu of flowers, memorial contributions may be made to the Webster-Dudley Veteran’s Council, 4 Veteran’s Way, Webster, MA. 01570. Arrangements are under the direction of Sitkowski, Malboeuf & Hickey Funeral Home, 340 School Street, Webster.