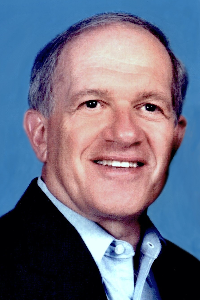 Frank M. Tenore age 83, passed away peacefully surrounded by his loving family on January 14, 2022 after a long wonderful life filled with friendships and service to many.

He was the beloved husband of Kathleen M. (Murphy) Tenore, for 62 years. They were high school sweethearts.

He was born in Quincy, son of the Late Frank and Jennie (Durante) Tenore and grew up in Holbrook and Braintree. After getting married in 1959, Frank and Kathy raised their family in Whitman, MA and later moved to Bridgewater, MA.

Frank served his country in the United States Coast Guard Reserves from 1958-1966. He graduated from Braintree High School in 1956. He graduated as an apprentice draftsman from Quincy Shipbuilding which later became General Dynamics. He was employed by Chas. T. Main Engineering Corp. initially as a Design Engineer, leaving as the manager of the Pulp and Paper Division. He retired from Stone & Webster Engineering and Construction Corp., where he held several management positions, as Vice President and Manager of the Pulp and Paper Division. Following retirement from Stone & Webster he served on the Board of Directors of Thermo Chem Recovery International, an innovative technology for converting Waste to Fuels and Energy. He and his wife Kathy owned and operated Whitman News for 20 years.

He was a long-time communicant of Holy Ghost Parish in Whitman where he served as a Lector and on the Parish Finance Council. He was also a member of the St. Vincent de Paul Society.

He served the Town of Whitman on the School Committee and the Board of Appeals and Kiwanis.

He enjoyed many years at their summer home in West Dennis especially when the family came to visit. He also enjoyed the many years camping at White Lake State Park in New Hampshire and the many friendships that were made. He and Kathy were members of the West Dennis Tennis club, where they enjoyed many friendships and great tennis. He enjoyed playing golf with his many golf buddies and his wife Kathy. He was a daily attendee of the YMCA in East Bridgewater where he made many friends working out and playing pickle ball.

He is survived by 3 loving children Frank Tenore Jr. and his wife Judy of Auburn MA, Brian Tenore and his wife Michelle of Sarasota Florida, and Deborah Kanaskie and her husband Robert of Orange Park, Florida. He is also survived by his eight grandchildren, Adam Tenore, Marissa Davis, Benjamin Tenore, Nicole Kanaskie, Andrew Tenore, Jennifer Kanaskie, Kaitlin Kanaskie, Michelle Kanaskie and one step great grandson, Collin Peterson. He was also the brother of the late Judith Joyce and Joseph Tenore. He is survived by his sister Emily Vacka and husband Gerald of Twinsburg, Ohio, Raymond Tenore and wife Rita of Holbrook, Arthur Tenore and wife Marilyn of Sun City Arizona, sister-in-law Margaret Tenore and stepsister Helen Doyle, as well as several nieces and nephews and cousins.

Family and friends are invited to attend his visiting hours on Wednesday January 19 from 10:00 AM-12:00 PM in the Blanchard Funeral Chapel, Plymouth Street (Rte. 58 @ the rotary) Whitman, followed by a funeral Mass at 12:30 PM in the Holy Ghost Church, Whitman. Burial will follow in the Saint James Cemetery.