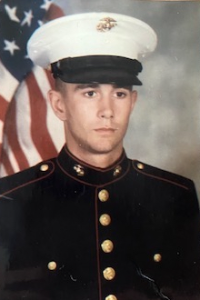 He was a veteran of the U.S. Marines and proudly served his country.

A funeral mass will be held on Thursday, January 20th at 10:00 a.m. at Saint John the Baptist church in Quincy. A private burial will follow at the Bourne National Cemetery. In lieu of flowers, please donate to the New England Center and Home for Veterans (NECHV), 17 Court Street, Boston, MA 02108-2601.