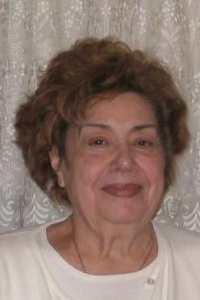 Maria "Marika" Papalilo, 88, of Worcester, died Tuesday, January 11th in Holy Trinity Nursing and Rehabilitation Center, surrounded by her loving family. She is survived by her two sons, Sotiri Papalilo and his wife, Patricia of Shrewsbury and Christos Papalilo and his wife, Sasha of Sudbury; her daughter, Marina Papalilo of Worcester; her seven grand-children, Nicholas Papalilo, Athena Tangney, Cassandra Papalilo, Eliana Gentry, Joanna Gilantzis, Zachary Papalilo and Tatyana Papalilo and her 6 great-grandchildren, Harrison, Xavier, Mila, Luke, Weston and Harper. She leaves two brothers, Anastasios Zaari, Kosta Zaari, a sister-in-law, Theodora Zaari, a nephew, Alexis and three nieces, Anastasia, Fotini and Zoi, all of Greece. She was predeceased by her husband, Nikolaos Papalilo and her brother, Thomas Zaari.

She was born in Istanbul, Turkey the daughter of Christos and Anastasia (Bouska) Zaari. She came to Worcester in 1969 to start a new life in the United States with her family. She worked for several years at Astra Pharmaceuticals, Sprague Electric and Allegro Microsystems as an inspector. What most defined Maria’s life was her devotion to Family and Church. She strove to maintain the Orthodox traditions she worked hard to preserve in Istanbul here in the U.S. and always pushed for her family to achieve their goals driven by the same Christian values that shaped her. The time spent together with family and friends was very precious to her. She loved cooking Greek and Turkish cuisine for her loved ones and enjoyed family dinners together. Mrs. Papalilo was an active member of St. Spyridon Greek Orthodox Cathedral and the St. Spyridon Ladies Philoptochos Society.

The family wishes to extend their heartfelt thanks to the staff of Holy Trinity Nursing and Rehabilitation Center, for the wonderful care provided to Maria throughout her years there.

Her funeral is Saturday January 15th with a service at 10am at St. Spyridon Greek Orthodox Cathedral, 102 Russell Street, Worcester, MA.
A visitation will be held from 9am until the time of the service in the Cathedral on Saturday. The burial will be private. In lieu of flowers, memorial contributions may be made to St. Spyridon Greek Orthodox Cathedral or Holy Trinity Nursing and Rehabilitation Center, 300 Barber Avenue, Worcester MA 01606. O'CONNOR BROTHERS FUNERAL HOME is assisting the family with arrangements.