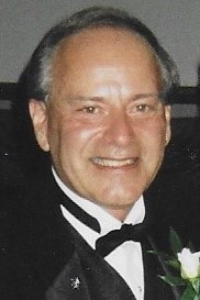 Robert "Bob" Vincent Iannaco, age 81, of Reading passed away on Sunday, January 2nd. Born and raised in Cambridge, he was the son of the late Modestino and Lena (Marzano) Iannaco. Bob proudly served in the Army National Guard in the early 1960’s, and lived for many years in Woburn before retiring to Reading in 2005. He loved spending time with family, especially his loving wife, children and grandchildren. He also enjoyed watching the Red Sox and Patriots, and working in the yard. Bob opened his sub shop with his brother Richie in 1965 where they worked for many years in Newtonville, MA. After selling the business, he worked as a carpenter and eventually settled into a long career as a liquor and wine salesman.

Bob was the beloved husband of 57 years to Mary Ann (Casullo) Iannaco, and the devoted father of Robert Iannaco Jr. and his wife Carol of Hudson, New Hampshire, Gregg Iannaco of Pompano Beach, Florida, and Troy Iannaco of North Andover. He was the loving grandfather of Ashley, Nicholas, Dominic and Christian, and the dear brother of Richard Iannaco and his wife Rita of Methuen. Bob is also survived by many loving nieces and nephews.

Funeral services for Bob will be private. In lieu of flowers, contributions may be sent in his name to St. Jude Children's Research Hospital, Memorials Processing, 501 St. Jude Place, Memphis, TN 38105-9959.