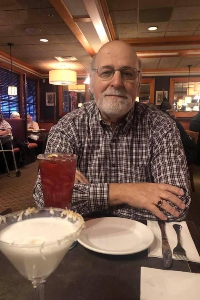 TEWKSBURY: Jerry Quaglia, age 79, a resident of Tewksbury for 48 years, and faithful Tewksbury election poll worker, passed away at the Lahey Clinic Medical Center in Burlington on Wednesday, December 29, 2021.

Born in Detroit, Michigan on December 7, 1942, he was the son of the late Pasquale Quaglia and the late Rose (Gasbarri) Quaglia.

Jerry was raised in Everett and Malden, MA and graduated from Malden High School.

Prior to his retirement, he was employed as a Troubleshooter by the Kodak Company, where he worked for 30 years. During his retirement years, Jerry remained in contact with many of his former co-workers.

Jerry was very active in the Malden Jaycees (est. 1965). He was instrumental in starting “Project Triangle” which empowered people with disabilities to enjoy rich fulfilling lives. During his membership in the Jaycees, the group established the first Special Olympics Games in Malden.

In 1973, he and his family moved to Tewksbury. Jerry became involved with the Tewksbury Little League and spent many years serving as a coach and manager. In recent years, he still enjoyed going to the fields to watch games and often attended meetings of the program to keep in touch.

In addition, Jerry was an official in the Tewksbury Boys Basketball League for over 50 years, and a longtime volunteer and supporter of the League. He spent countless hours working for the kids in the program as well as playing an instrumental role in the Tewksbury Boys Basketball League Junior Referee Program. With Jerry’s help and support, many of the kids who were part of the junior referee program went on to become IAABO officials. According to IAABO Board 95 Secretary and Treasurer, Jon Lowe, “we lost a giant”.

Jerry loved being with family and friends. He was a true friend to many and was always the first to lend a hand and keep in touch. He liked taking trips (as long as he could drive there). He loved watching his grandchildren’s activities.

Following the passing of his wife, Jerry met Mary Ann Murphy, and became part of her family, her Maine community, and enjoyed many happy times there.

He will be greatly missed by all!

Jerry is survived by his son, Steven E. Quaglia and his wife Renee, of Northwood, NH: three grandchildren, Andrew, Alexander and Aiden Quaglia: his loving companion, Mary Ann Murphy, of Tewksbury: his sister-in-law, Johnnie Abruzzee, of Vancleave, Mississippi: many extended family members and friends.
He was the brother of the late Tom “Sonny” Abruzzee

Family and friends will be received on Wednesday, January 5th, from 5-8 p.m. at the Farmer & Dee Funeral Home, 16 Lee Street, Tewksbury. At the family’s request, private services will be held. Please Omit Flowers. Donations in his memory may be made to any of the following: