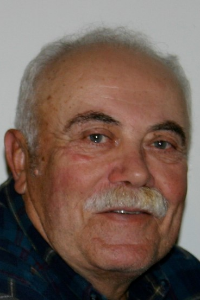 In Taunton, Albert D. Souto, age 85, passed away in his home peacefully while surrounded by his loving family on December 28, 2021. Albert was the loving husband of Maria (Silveira) Souto of Taunton. He was born in the Azores, the son of the late Joao Souto & Ana (Dutra) Souto.
Albert was educated in Portugal. He later served his country while in the Portuguese Army. Albert had resided most of his life in Taunton. He worked in the maintenance department for the City of Taunton at the Taunton Sewer Department until his retirement in 2001. Prior to his employment for the City of Taunton he worked as a machinist for Paragon Gear in Taunton. Albert enjoyed gardening, fishing, playing cards, loved all animals, he was a handyman who could fix anything and above all he cherished his time with family.
Albert is survived by his beloved daughter Lucia Maria Souto of North Dighton. He also leaves his siblings; Ilda DeSilva of Taunton, Gilberta Iscobar of Oregon and the late Joseph E. Souto, Maria Pinheiro, Lois Diniz, Angelina Goulart and Palmira Pereira and also leaves several nieces and nephews.
A graveside service will be held at St. Joseph’s Cemetery in Taunton on Tuesday, January 4th at 10am. Visiting hours are kindly omitted. Arrangements are under the care of the O’Keefe Wade Funeral Home in Taunton. Donations in lieu of flowers may be made to St. Jude Children’s Hospital at www.stjude.org