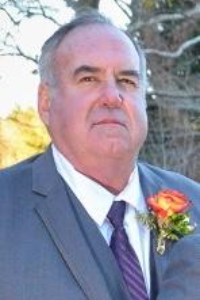 Nicholas Charles Utter, 73, of Westerly, RI died on December 13th at The Westerly Hospital. Born March 2, 1948 he was a son of the late Charles W. Utter and Annice S. Utter of Westerly.

Educated in the Westerly schools, a graduate of Tabor Academy and URI, he was commissioned a 2nd Lt of Infantry from ROTC at URI. He served as an infantry officer and then as an air defense artillery officer in the 197th Infantry Brigade from 1971 until 1974 at which time he left active service as a lieutenant and joined the reserves. Upon return to Westerly, he joined his father at The Westerly Sun and The Utter Co. as manager of Sun Graphics becoming co-publisher of The Westerly Sun.

Funeral services will be held at 11 a.m. on Friday, January 7, 2022 at Christ Church, Westerly. Interment with military honors will follow at the River Bend Cemetery.

Memorial contributions, in lieu of flowers, may be made to The Westerly Hospital Foundation or Christ Church Westerly.